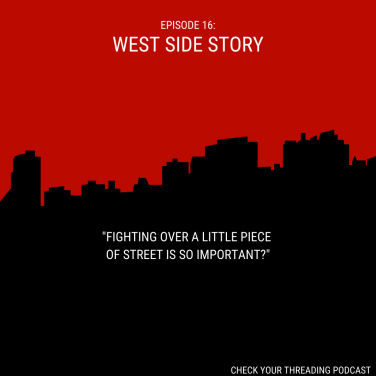 The history of Puerto Rican migration to New York City, the tradition of the Hollywood musical, and how West Side Story broke the mold. We also discuss brownface, compulsory heterosexuality, and the role of discrimination in (white) cultural assimilation.

In an effort to explore a more accurate portrayal of the Puerto Rican culture than West Side Story, we reached out to PR artist Ronnie Garcia (@coquiwi on Twitter) for recommendations on further reading/study outside of the film. (Aside from In The Heights, which we mention on the episode, and you should absolutely seek out.) Here are Ronnie’s recommendation:

We hope you’ll listen to the episode, and then do more watching/reading/learning to understand what a vast, beautiful galaxy of Puerto Rican culture exists outside of the musical – go forth and learn!